Hope you are all well team!

This post is going to document, hopefully from multiple different angles, the reality of DEMON spirits working in our world. Which is nothing new if your coming from the Christian world-view and you know these things are already fundamentally true... But actually seeing how they are being used in this world is pretty amazing to witness for anybody at first!

All of those are just different titles given to the demonic spirit who is trying not to be identified as this fallen malevolent being, so will come through with a mask on pretending... they lie and deceive.

This is why were to have NOTHING to do with them as nothing good can come to our soul from these things that's why God tells us stay away, similar to Him telling us to stay away from hard mind altering drugs or other harmful things... Loving Father does not want us to go near the bad... He wants that which is Good for us!

When I say a demon spirit, the actual origin of this "demon spirit" comes from thousands of years ago.

Back in the beginning, Genesis 6, the Fallen Angels who rebelled with Satan, saw the woman of earth... and decided to sin and come and make children with them. These children which are not fully human or fully angel, are called "Nephelim" meaning "The Fallen Ones". 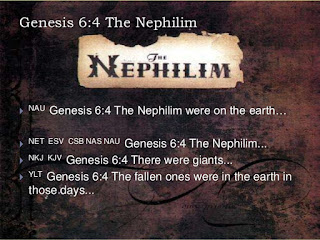 They are part human part angel.  They lived long ago before the flood, and when these beings died, their "SPIRITS" ... become what we now today call "demons" ... these demon spirits literally were alive as the Nephelim in earlier times... and now they are helping the satanic end time agenda, by deceiving people with all sorts of unsound doctrines, leading people away from Christ, and leading them to the false ALIEN saviour that will lead the world to worship the Antichrist.

Angels came to earth, mixed with human woman, had Nephelim offspring... the offspring eventually were killed off... their spirits now exist as demonic spirits.

There are NO good demonic spirits... there is no GOOD magick .. any type of interaction with these beings is condemned, and God condemns it because He knows that these demons only want to trick us and get us into bondage while its the Lords aim to set us free from bondage!!


Demons in our Modern World and in History

This section should grow over time as we add more.

But first, and I believe the most clear way to show this before your eyes .. is through the use of people doing black magick under the guise of a "Magician".

Magicians throughout history have used these demonic spirits to put on shows that defy all physical reality.  I do not doubt for a second that there are COUNTLESS magicians out there with no contact with demonic spirits... and who just use mere illusion and trickery... However do not conflate those people with the people involved with the demons.

There is a big difference and I hope to show that with these clips.


I hope everyone interested in finding truth will watch this in full (2hr 40) because it really does give you countless examples of the demon magician in action. With Historical facts to show you the same influence is with all these "greats".

Pay SPECIAL attention to David Copperfield, THE biggest occult magician act in the world today. He has an occult book collection on sorcery and witchcraft estimated at around 500 million dollars, He openly admits that the spirits are the ones who does his reality defying acts.. The section of this video 9:40 to about 27:00 mins covers David Copperfield, watch if only for that.

In this video all of Xendrius Demon Magician short films, have been edited together into one big (2hr 20 mins) feature length!
This is an amazing educational tool because NOT ONLY does it document the Demon Magick acts, it documents other witches and warlocks who came away from the craft and compares testimonies in History with what we have now in front of the camera.

Jaw dropping clips, you have to be in such strong denial to write all of these things off, but the truth stands. Christ is Lord over all of these demons and the magicians who are being deceived should be preached this message!


This is only about 10 mins long but so good felt it would be a dis-service not to add! Penn tells the last guy "You used real magick, like the spiritualists used to do".

Check out Evidence The Devil is Real page for More similar content to this!

God Bless you all team.

This is a shorter blog I am writing only to get the information out there to more people.

Most people are willing to accept 9/11 was a staged event... literally mountains to show it.  But i am also aware many are still unable to accept this...

I believe the information you can find in this video will change that. 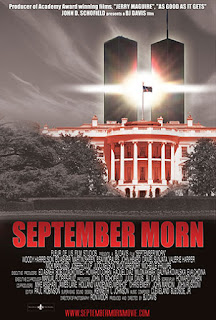 It shows you that the DEMONICALLY INSPIRED people in Hellywood, all knew this satanic ritual in which 3000 people lost their lifes, was going to happen. 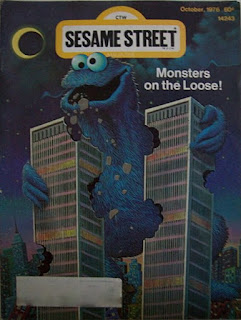 If you hang in here and really want to see the extent of this watch it ALL... it gets into some MUSICIANS who also ARE DEMON INSPIRED... and give warnings of the 9/11 ritual sacrifice...

I have known the truth about 9/11 for a while now, but when i first came across this truth, that Hollywood not only knew but hid it subliminally in their movies etc it ended the argument that it was anything but a pre-planned ritual event.

Check out our other blog on that for more info and BE SURE to check out the whole 3+ hours of footage whenever you want to do the study!